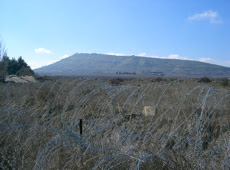 Rumors of a war in the Levant this summer have been in the air since Hezbollah and Israel stopped shooting at each other last August. Most dismissed such talk as Israeli sour grapes after its mediocre performance in Lebanon last summer. Lack of developments in the long stalled Israeli-Syrian peace negotiations, plus a reading the Levantine press over the last week, indicate there just might be something to such talk. And this time around, many say it could involve Syria.
On July 3, an article by the well-connected Syrian journalist Ibrahim Hamidi reported a “political escalation” between Damascus and Washington had dashed hopes of a US-Syrian reconciliation following the Rice-Mouallem meeting in early May.
The war drums had already started in the Levantine media, however. An aggregation of such reports from the Lebanese, Iranian and Syrian press was released by MEMRI on July 6 (pasted below). In the last 24 hours, these have been followed by reports from Israel of movements on the Syrian side of the demilitarized zone. This follows months of small and scattered reports that Syria was preparing for a "Hezbollah-style" guerrilla war along the DMZ in Golan. (see photo above). Pundit and former peace negotiator Dennis Ross chimed in today as well. Is another proxy war between the US and Iran, this time involving Syria, looming on the horizon?

Possible Eruption of Violent Crisis in Lebanon After July 15

To view this Special Dispatch in HTML, visit:
http://www.memri.org/bin/opener_latest.cgi?ID=SD164807 .

In the past few days, Arab and Iranian media reports have pointed to the possibility that Lebanon's current political crisis may become a violent conflict after July 15, 2007.

It should be noted that certain international events concerning Lebanon and Syria are expected in mid-July, specifically:

1. The U.N. Security Council session scheduled for July 16, 2007, which is to discuss a report by U.N. Secretary-General Ban Ki-Moon on the progress in the implementation of U.N. Security Council Resolution 1701. This discussion will be devoted in part to the report submitted by a delegation sent by Ki-Moon to the Syria-Lebanon border to assess border supervision. According to the London daily Al-Hayat, the delegation's recommendations included the stationing of international experts in border control to aid Lebanon's security apparatuses in monitoring the Syria-Lebanon border.(1)

2. Between July 15 and 17, 2007, the submission of another report to the U.N. Security Council, by the head of the International Investigation Commission into the murder of former Lebanese prime minister Rafiq Al-Hariri, Serge Brammertz.

The following are excerpts from these Arab and Iranian media reports:

On July 5, 2007, the Iranian news agency IRNA reported that Syrian authorities had instructed all Syrian citizens residing in Lebanon to return to their country by July 15, 2007.(2) The next day, the Israeli Arab daily Al-Sinara similarly reported, on the authority of a Lebanese source close to Damascus, that Syria was planning to remove its citizens from Lebanon.(3) Also on July 5, the Lebanese daily Al-Liwa reported rumors that Syrian workers were leaving Lebanon at the request of the Syrian authorities.(4) In addition, the Syrian government daily Al-Thawra reported that Syrian universities would accept Syrian students who were leaving Lebanon due to the instability there.(5)

These sources offered a number of explanations for Syria's calls for its citizens to leave Lebanon. IRNA tied these calls to Lebanese President Emil Lahoud's ultimatum to the Lebanese opposition to decide on how to deal with the crisis in Lebanon, and also claimed that the calls were connected to Syria's intention to mobilize reserve units in expectation of an attack on it by Israel. On the other hand, the Lebanese daily Al-Liwa tied Syria's calls to the upcoming additional report by the International Investigation Commission into the Al-Hariri assassination, which is expected next week.


The Lebanese Opposition: After Mid-July, We Will Establish a Second Government in Lebanon

For the past month, senior officials in the Hizbullah-led Lebanese government, as well as Lebanese President Emil Lahoud, have been threatening to establish a second government in Lebanon, or to take "historical" and "strategic" steps that will be announced in due course.

On June 18, 2007, the Lebanese daily Al-Akhbar, which is close to the Lebanese opposition, reported that Lahoud had postponed until mid-July the deadline on his ultimatum requiring the opposition to apprise him of their plans against the March 14 Forces. According to the paper, if the crisis is not resolved by July 15, the opposition will form the second government.(6)

A senior member of the Lebanese opposition told Al-Akhbar that he believed that if the second government is established, the Lebanese army will adopt a neutral stance. He estimated that the regions that would be loyal to the second government would be larger than the ones remaining loyal to Al-Siniora's government. He further said that people from the South, from the Beqa' valley, and from a large part of the Mount Lebanon region, as well as in the North, would refuse to recognize Al-Siniora's government. He added that UNIFIL would find itself facing a new reality when it discovered that Al-Siniora's government was no longer able to support its activities or ensure its security.(7)

It should be noted that an article in the Lebanese daily Al-Mustaqbal, which is affiliated with the March 14 Forces, estimated that the second government's jurisdiction would include South Lebanon, that is, the area bordering Israel, and the Beqa' valley, that is, the region bordering Syria.(8)

Al-Mustaqbal Warns of Syrian-Iranian Plan for Coup in Lebanon
A series of op-eds in the Lebanese daily Al-Mustabal, by Nusair Al-As'ad, warned of a planned Syrian-Iranian coup in Lebanon.(9) According to these articles, Hizbullah was planning to launch, in the near future, a new stage in the coup being led by Syria and Iran in Lebanon, during which it would use its weapons on the domestic Lebanese front. The threats by the Lebanese opposition to establish a second government in Lebanon were part of this planned coup, and the coup was to be carried out under the banner of establishing a second government.

The articles stated that the threat voiced by Syrian President Bashar Assad during his April 2007 meeting with U.N. Secretary General Ban Ki-Moon, namely, that the situation in Lebanon would "reach the point of civil war," was actually "an official declaration of the coup he is now staging in Lebanon."


Hizbullah Arms Itself in Preparation for the Next Stage; One of Its Military Targets May Be Beirut

According to the series of articles in Al-Mustaqbal, Hizbullah was continuing military preparations in a number of locations in Lebanon, as part of preparation for the next stage in the Lebanon coup. Hizbullah's weapons were for two main purposes: a) to be used in a conflict with Israel, to assist the Syrian regime in a war with Israel, or to assist Iran in a confrontation with the U.S.; and b) to be used for fighting in Beirut.

a) Military activity both south and north of the Litani River, in defiance of U.N. Resolution 1701;

b) Transformation of the Beqa' region into a military zone, so that it could be used as a war zone in Hizbullah's next confrontation with Israel and as a frontline in the next war. In this context, the articles mentioned several events: a recent military parade in the Beqa' valley, in which hundreds of Hizbullah activists participated; days-long truck traffic from the northern villages in the Beqa' towards a village where permanent military positions had been reinstated in several buildings; groups of young people who had gone to train in Iran; and earthworks in Balbeq for installing Hizbullah's private telephone communications network;

c) Hizbullah's training of activists from other organizations loyal to the Syrian regime.

One of the articles in Al-Mustaqbal asked whether Iran's involvement in the Lebanon coup was evidence of a change in Iranian policy, which had previously been that everything possible must be done to prevent Sunni-Shi'ite civil war in Lebanon. It read: "The dossier of Iranian-Syrian relations, and Iran's relations with influential Arab countries, has passed entirely into the hands of Iranian Foreign Minister Manuchehr Mottaki, and Iranian National Security Council Secretary Ali Larijani no longer has anything to do with this issue..."

According to the articles, the positions of Larijani – who had previously been in charge of this dossier as the personal envoy of Iran's Supreme Leader Ali Khamenei – had been more flexible, and he had represented the position that Iran's relations with Lebanon should not depend entirely on Syria. Further, Larijani had even expressed dissatisfaction with the actions of the Syrian regime, and at the fact that "Syrian President Bashar Al-Assad had closed off all horizons for a solution in Lebanon..."

The articles stated that "during his last visit to the Syrian capital, Mottaki heard from the leadership of the Syrian regime some sort of protest over the 'red line,' to which Iran had agreed in its negotiations with Saudi Arabia with respect to Lebanon [and] which was aimed at preventing civil war between Sunnis and Shi'ites in Lebanon... The fact that Mottaki has [now] been given the entire dossier begs the question: Does this development [mean] a return to the previous stage in the relations between Iran and Syria, that is, the stage at which Iran had to go through Damascus and back it [on the Lebanese issue]?"

The articles also stated: "A review of recent Iranian activities reveals that lately Iran has not refused any Syrian request... Does Iran's current backing of a coup in Lebanon [mean] that it has reneged on the January 2007 agreement with Saudi Arabia on the 'red line'... of [preventing] civil war in Lebanon?..."


*********************
The Middle East Media Research Institute (MEMRI) is an independent, non-profit organization that translates and analyzes the media of the Middle East. Copies of articles and documents cited, as well as background information, are available on request.

MEMRI holds copyrights on all translations. Materials may only be used with proper attribution.